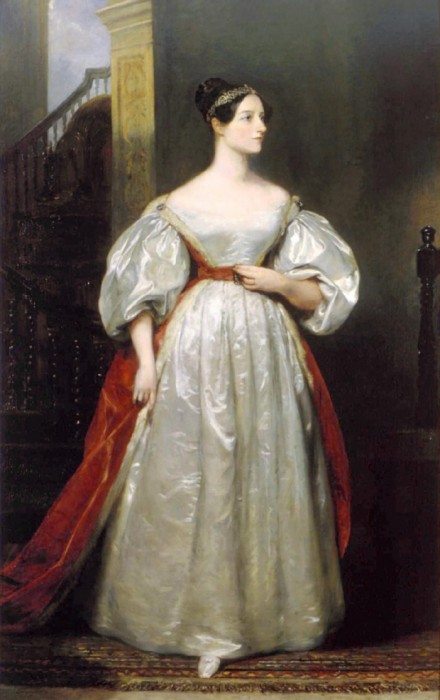 Ada Lovelace Day, observed this year on October 15th, is an annual celebration of women in the STEM fields. The day is named for Ada Lovelace, a female scientist who is considered the world’s first computer programmer.

In honor of the day, MakerBridge is highlighting a number of remarkable female makers. Although tinkering, programming, and DIY can often be portrayed as male-centric activities, we hope it’s clear from this list that women play a significant role in maker culture and have already proven how much they have to offer. (Of course, this is by no means a complete list. There are many more female makers to discover and celebrate!)

Limor “Ladyada” Fried — The first female engineer to appear on the cover of WIRED magazine, Ladyada is the owner of Adafruit Industries, an online hub for tools and resources to help people of all ages and skill levels learn electronics.

Ayah Bdeir — The CEO and founder of littleBits, a library of snap-together electronic modules, and a leader and advocate of the open source hardware movement.

Leah Buechley — The creator of the LilyPad Arduino, director of the High-Low Tech research group at MIT Media Lab, and an expert in e-textiles.

Super Awesome Sylvia — A twelve year old maker who creates and stars in her own YouTube show to show others how to create science and engineering projects.

Kathryn DiMaria — A fourteen year old maker who has attended Maker Faire Detroit to show off the Pontiac Fiero she has been restoring herself for the past two years, with the goal of completing the project by her sixteenth birthday.

Nora Abousteit — Founder of BurdaStyle, the largest DIY fashion and sewing community, a founder of the Digital-Life-Design Conference, and the founder of Kollabora, an online DIY community for makers to share projects and information.

Willow Brugh — Co-organizer and facilitator of events such as Random Hacks of Kindness, SpaceApps Challenge, and more; co-founder of Jigsaw Renaissance makerspace; and current director of Geeks Without Bounds, an accelerator for humanitarian projects.

Black Girls Code — an organization founded by Kimberly Bryant that reaches out to girls of color to teach them programming and game design, and works toward bridging the digital divide.

Girls Who Code — founded by Reshma Saujani, this organization works to educate and inspire young women with computer science skills to help them succeed in computing fields.

Girl Develop It — co-founded by Sara Chipps and Vanessa Hurst, Girl Develop It is an international organization that works to help women learn software development.

Ladies Learning Code — this organization founded by Heather Payne runs workshops where both women and men can learn technical skills in a beginner-friendly, collaborative way.

DIY Girls — an organization that works to increase girls’ and women’s interest in technology, engineering, and making through educational programs and events.

Akirachix — a group of female Kenyan programmers run by Judith Owigar who work to get more women in Kenya involved in computing and technology.

Grace Hopper Conference — an annual conference that celebrates women in computing, named for Rear Admiral Grace Hopper, a pioneer in the field of computer science.

AdaCamp — an unconference first held in June 2013 that focuses on increasing women’s participation in open technology and culture.

Double Union — a community makerspace where women in San Francisco, CA can work on a wide variety of maker projects in a welcoming environment.

Liberating Ourselves Locally — a makerspace in Oakland, CA founded and led by people of color that focuses on welcoming people of color, women, LGBTQ people, and other diverse makers.

And of course there’s MakerBridge–this site was built and is run by a group of women. We celebrate you, female makers! Happy Ada Lovelace Day, and keep tinkering to make the world a better place.

Know of any more great female makers we missed? Share them in the comments or on Twitter!

Shout Out To These Awesome Organizations!