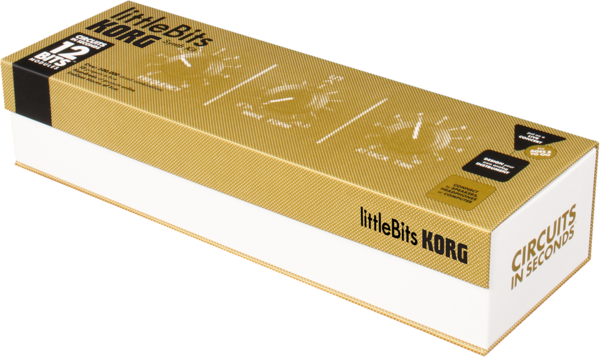 This week’s guest post comes from Stephen Liu. Check out his bio at the end of the post for more information!

Thanks to the internet, oodles of people around the world think they can become DJs and producers just by downloading the right software. This is true to some extent; it’s fairly easy to cut, paste, and loop. Knowledge of (and appreciation for) how sound is actually produced and manipulated means that aspiring musicians can go even further and silence the internet naysayers who will have one fewer argument for why the internet has ruined the quality of music.

There aren’t a whole lot of easily accessible and experiential ways to learn about the science of sound; while libraries and the internet may have text-based resources, I’d hesitate to call these “hands-on”. There is a piece of software out there called Pure Data, but it’s about as user-friendly for children as Weibo (aka Chinese Twitter) would be for someone who’s never been exposed to the Chinese language: if you don’t know what’s going on, you’re probably not going to know what’s going on.

The combined efforts of littleBits and Korg have resulted in the Synth Kit. Take the familiar littleBits pieces, but customize them into audio-specific units, and you’ve got a reasonably-priced way to get some DIY music making going on. All of the essentials you need to generate audio, which would basically just be oscillators, and a good selection of sound modifiers, such as delay modules and keyboards, are contained in a gold-accented box with two tiers of cardboard trays.

It’s entirely possible to work with the Synth Kit without any technical knowledge of music, since the included informational booklet is sufficiently informative for even the tone-deaf to become capable of unleashing their inner rock star, as the cover suggests. Don’t know what filters have to do with music? Never realized that there were envelopes for sound? The booklet explains it all in plain English. Some domain knowledge might be helpful going in, but I wouldn’t say that it’s required; it’ll certainly ease the pain when using the kit to lead a workshop.

Furthering the cause are the final pages of the booklet, where the combined efforts of littleBits and Korg result in assembly instructions for projects ranging from basic sound generators to a fancy DJ console. It’s quite a spread of possibilities, only limited by the fact that, if sharing is caring, then, as people already familiar with littleBits may know, it’s hard to be particularly caring.

When leads to the next big question: is it worth it? That’s mostly dependent on if you think you can work it, on both a technical and logistical level. The tangibility of the Synth Kit puts it at a significant advantage over the abstract and un-labeled nature of Pure Data, and the gold-colored booklet is accessible enough for the uninitiated to become less intimidated. However, the aforementioned tangibility also means you’re paying $159 for something that can be used either only by one child at a time or primarily for instructional/demonstrative purposes. To flip it back around, though, that $159 goes towards what is ultimately a simple yet comprehensive doodad that could easily prove effective in teaching people the science of digital sound.

I don’t know if I would pay $159 for the Synth Kit, but considering that Korg’s other DIY synth kit costs $1400, it’s not too bad of a deal (relatively speaking). Just keep the limitations in mind before pulling out the credit card.

About Stephen Liu
Stephen Liu is earning his Masters of Science in Information at the University of Michigan’s School of Information, specializing in Human-Computer Interactions and Social Computing. He is a member of the Michigan Makers project. You can learn more about him at http://www.iamstephenliu.com or find him on Twitter @iamstephenliu.