Today’s guest post is written by Adrienne Matteson, a librarian at White River Elementary School in Indiana. Read on for her discussion of the App Factory, a experimental club she created to explore game design and creation with elementary school students using Gamestar Mechanic.

I first encountered Gamestar Mechanic as a University of Michigan School of Information graduate student. It was woven into the “Video Games and Learning” course, taught by Barry Fishman. We were exploring the effects of teaching students how to create video games – which is exactly what Gamestar Mechanic is created to do. As described on the Gamestar Mechanic website, it is “a game and community that teaches kids how to design their own games.” Kids play through a series of quests that break down game design into various elements (such as space, rules, and goals) and challenges players to analyze how elements work together, and to fix “broken” games. After completing the first challenge, kids can then use what they’ve learned, and tools they’ve earned along the way, to create games of their own and publish them to the Gamestar Mechanic Game Alley. In our class, we were asked to play through some of the first (free) quest. I played it nonstop until I’d completed the quest – and I couldn’t wait to try it with my future students. 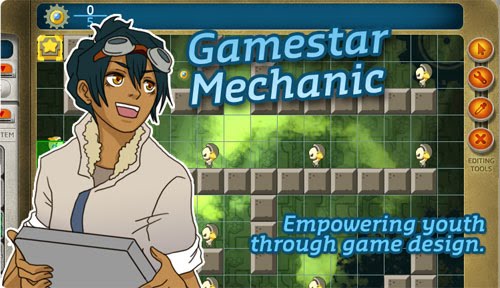 The App Factory is Born

Fast forward three years. There are a LOT of video game aficionados in my elementary school. They pour over the Minecraft handbooks at lunch, and have their noses buried in a Nintendo DS before they even get on the bus at the end of the day. This past school year, I finally had the perfect opportunity to experiment with Gamestar Mechanic, and harness all of that video game love (which I share) by creating a before school club. The results were both predictable and amazing. We called it The App Factory.

The main goal of The App Factory was to create an online “gallery” of games to share with the rest of the school. The plan was to use Scratch (scratch.mit.edu) to dabble in the coding, and Gamestar Mechanic (gamestarmechanic.com) to learn about how game elements work together. I limited the club to 3rd,  4th, and 5th graders, and to the number of computers in our lab – 30. I ended up with 22 creative, boisterous, hilarious, gamers.

If you haven’t used Scratch before: Scratch is a computer programming language developed by MIT specifically to teach kids how to write computer code. It’s also an online community in which members can share their creations, get feedback, and experiment in remixing each others’ programs.

The App Factory met twelve times – every Wednesday morning before school from mid-February to the last week of school. I quickly realized that there wasn’t enough time to learn both Scratch and Gamestar Mechanic, so we focused on Gamestar Mechanic, and let those who were drawn to Scratch do their own thing.

Each week, we began with a group discussion. Discussion questions focused on thinking critically about games and why we like them:

The discussions began as a way to get everyone focused for the morning, but they ended up being a really valuable piece of the whole experience. Every week they surprised me with how insightful and articulate they could be. As a group, we came to a few key conclusions:

Over the course of twelve weeks, everyone played through the first quest at their own speed. Some kids worked on it at home, and I would log in on a Sunday night to find a half dozen new games published. Our little club became a community. Experts emerged for both Gamestar Mechanic and Scratch.  They cheered each other on through the levels that were particularly difficult. When they realized that Gamestar Mechanic is set up for members to rate and review published games, they jumped on board, and began sharing their games asking each other for feedback. 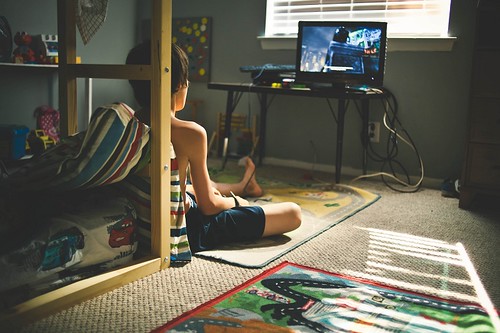 By the end of the school year, everyone had published at least one game, one student has over 12 published games! For me, the big win came in our final discussion. Everyone agreed that they think about games differently now when they are playing at home. And they couldn’t wait to continue playing and making games over the summer. At my last count, they’ve published a dozen more games since the summer break began!

What I learned from the App Factory

Links and Examples of Student Work:

PACE-ing yourself when planning maker learning