For this week’s post, I spoke with Joyce Lee and Patricia Anderson, two of the organizers of the We Make Health Fest coming up on August 16th. Other organizers include Matt Kenyon, Emily Hirschfeld, Nancy Benovich Gilby, Scott Olson, Emily Puckett Rodgers, and Sean Doolan. This unique event brings together the maker movement and the world of health care, exploring ideas such as participatory medicine and patient-centered design. Read on for an exclusive look inside the event and to learn more about how these two fields intersect!

How did this idea get started? What made you want to put together an event combining the maker movement and health? Where is the overlap between the two?

Barbara Stripling, the ALA President, came to Hatcher Library to talk in April, and one of the things she talked about was the White House doing their first Maker Faire. She said anyone who thinks they have information to contribute, come talk to me afterwards. I talked to her about all the exciting things going on with 3D printing and health care, and that I really wanted them to include health in the White House Maker Faire. She said, “That’s great, you have too many ideas, pick three and email me.”

I went off and brainstormed exciting maker-y types of things going on with health, and my list just kept getting longer and longer instead of shorter and shorter. I pulled in Kate Saylor, who works with health fairs, and we were talking about it, and I said, “I don’t think there’s been a health maker faire anywhere.” So Kate and I then both started looking; neither one of us could find one. We turned and looked at each other and said, “Oh, we have to make this happen.” That was two days after Barbara Stripling’s talk. Within a week after that, we had 70-90 people around campus collaborating and brainstorming.

Patricia is part of this core group of people that received a Global Challenges Grant from the Provost to think about integrating technology and health. The maker movement is such a great paradigm for thinking about participatory medicine. I just don’t think that we as a health care system, or that we as paternalistic health care providers, really provide a space or encourage this notion of patients at the core of designing anything–whether it’s how your hospital should run, how your clinic should run, how you should be designing educational materials. A lot of times we talk with the patient outside of the room, and we think we know what they need, but we don’t engage them as partners in co-design of things that promote health. So, I think this whole notion that the technology is getting easier and cheaper, people can make really simple prototypes that aren’t that hard to do, and they can be very effective–possibly more effective than what you get from some big production company that charges a lot of money.

You mentioned participatory medicine. Can you talk more about what that is and why it’s important? 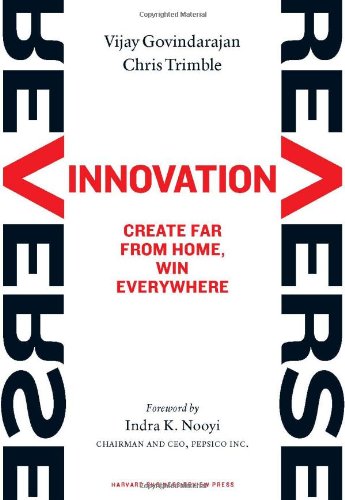 (talking about the book Reverse Innovation by Vinjay Govindarajan and Chris Trimble) This is the idea of sustainable innovation coming from the “little people” in the third world countries, and being more sustainable than the same solution being addressed in first world countries–that the “have-nots” have the actual sustainable inventions. Their primo example is that Gatorade came from India as a diarrhea cure.

It’s just trying to bring up this notion of patients as partners, not as objects, not as expendable people we can leave out of the room, but as essential people we need to create health, even in hierarchical systems of care. My son and I, we did this YouTube video on food allergies. If you go to http://ihavefoodallergies.tumblr.com, my little boy has this whole website of videos we made together focused on teaching his caregivers how to take care of his food allergies. I just did it sort of out of desperation, and it was funny because I sent it to some friends who are interested in health or technology, and it got a lot more response than I expected. This is sort of a personal story that’s a metaphor for this much larger idea, which is–hey, anyone can and should design, how do we get people to use technology to be able to do this. In the University [of Michigan] community, it’s also that we should be thinking about this as staff, as faculty. We think we can’t create but in fact there are people on campus who can help us create, but we haven’t found those people. So, how do you create these networks, these collaborations?

I’m not saying that health care providers are like, “Oh great, you’re making your health, so I don’t have to worry about that!” That’s not the point–the point is thoughts like, “Oh, I should include you in the design for our new health system” or, “I should pay you for your time” instead of saying, “Come work for me for free.” I’m not saying the health care system should be shirking its responsibility for developing things.

So, you’re saying the health care system should be inclusionary, but not that they should be shifting responsibility.

Since Health Design By Us is a very big part of this event, can you tell me more about what that is?

We do a lot of activities focused on patient-centered design. We’ve got patient-centered workshops focused on identifying problems with communication in clinical care. We did a “Design My Diabetes” technology workshop, where we had a group of patients or caregivers as the clients and then we had a group of designers, academics, business people trying to come up with creative solutions for managing diabetes. We created a website called Health Design Cupid which was this idea of designers signing up and finding health partners to collaborate in creating.

There’s a whole bunch of stuff we’ve been working on. I would say this event is probably the biggest outreach that we’ve done so far, and I think it’s been very effective for reaching out. There are so many people we’ve met that we never would have met if we hadn’t been holding this event. One big goal of this is to get everyone together, to understand that there is a larger community, and to use this as a starting point to think about what the next steps are.

Maker festivals and makerspaces usually reflect the community they’re based in. What do you think makes Ann Arbor and the University of Michigan a good location for this event?

I think it’s amazing what a small town we live in, and how many people have come out of the woodwork to support this event. I think there’s just a really interesting kind of density of people in town who are creating and making, which I think is really unique given the small size of this town.

Yes! At UM, there’s a tendency to have our five glossy speakers, they’re all going to speak–they’re all dressed nicely, we choose them–and then everyone goes home, and we had a great successful event. But we think that it’s really cool that this is a participatory event. Please join us, please invite yourself to speak. I think that’s kind of a different model than I’m used to working with, where we have our preordained people that we think are important and we invite them. I just really love this notion of participatory design, and I think UM has a lot of talented, interesting people, but this bottom-up approach is a really novel approach that I think needs to be incorporated more in the organization that we work in.

For me, part of it was that we started out brainstorming this long list of technologies and innovations that seemed to be at the intersection of the maker movement and participatory health care. For each of those, I went and started looking who on campus was working in that space. Most of the time, I found people on campus, but I’m guessing most of them don’t know about each other. I also looked at the local maker sources and Josh Walker’s master list, and I thought wow, if we took this big long list of the maker/hacker/code-a-thon community in the southeast Michigan area, and this list of people at the university working in DIY, robotics, participatory healthcare, personal genomics, 3D printing, and so on–magic could happen.

What can someone expect to do and see when visiting We Make Health Fest? What are some of the highlights of the event?

There will be booths and there will be the speaker room. At the booths, we’re strongly encouraging everyone to have make and takes–to have something you can come and do interactively with them. Some of them will be doing demos, and some of them will be doing hands-on things, some of them will be giving out instructions you can go home with–things like that. Most of the people in the booths are not going to be there the entire day; who is in the booths is going to ebb and flow throughout the entire day. We have people talking about autism, we have people with booths on 3D printing, on diabetes, urban foraging, sustainable gardening, DIY this and that. As for the speaker list, every five minutes is filled the entire day, from 10:30 to 4pm. We’re showing a movie in the middle of the day; this will be the first screening in the area of Maker, the movie.

What is the number one thing you want people to know about the Make Health Fest?

I like what Andrew Maynard says in his video: hack your world, make it safer. Everybody knows somebody who has some sort of health challenge: a relative, a friend, an acquaintance, a coworker. When you get involved and take control of that and collaborate to identify your problems and find solutions, you help shape the result. For me personally, that went from being sick for 20 years, from two grocery bags of prescription meds to none and a gym membership. I don’t know that that can happen for everybody, but if nothing else, I feel more in control of what’s happening. I don’t feel like it’s being done to me; I feel like I’m part of it.

You can hack your life and make it better, and you can do it with the help of other people.