Earlier this month, we took you inside the We Make Health Fest, one of the first events to bring together a maker festival with a health fair. After attending on August 16th, I’m happy to report that the Fest was a definite success. There was plenty to do, from a speaker schedule packed with fascinating talks throughout the entire day to an exhibitors area featuring a wide range of projects, products, and ideas. 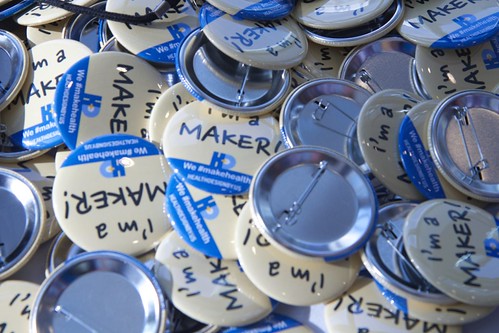 Some highlights for me personally were a superhero comic book about a boy with diabetes (I am a big fan of comics), Lia Min’s presentation of her comic about autism (comics again!), a shirt that helps detect early warning signs of heart attacks called MyoAlert, and a woman who helps dementia patients with her photorealistic mosaics. 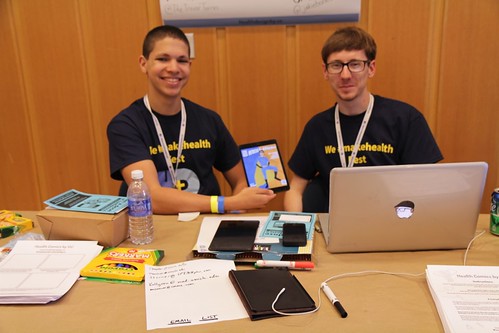 One of the things I took away from the event was the amazing amount of enthusiasm and energy I saw. I spoke with one attendee who was a technologist and had come to the event with no idea what participatory healthcare or patient-centered design was. After hearing the keynote, things clicked for him and he was instantly excited about all the possibilities he saw at the intersection of the maker movement and the field of healthcare, already considering how he could apply this new knowledge to his mother’s health situation. Another woman was attending the festival with an idea in mind she had already planned out, hoping to find designers she could collaborate with to make it a reality. The organizers’ goal of bringing together healthcare workers, technologists, and designers played itself out in the best possible way, generating excitement, unique ideas, and new connections throughout the day. 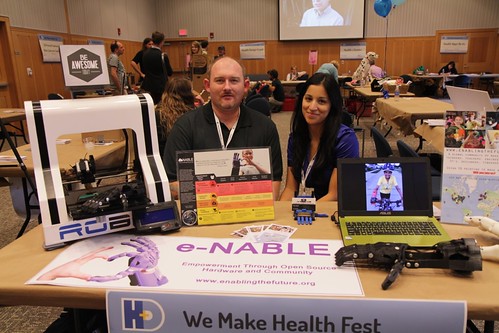 Another really positive takeaway for me was the diversity I noticed both among the people and the projects. Initially, I was concerned; the trailer for the documentary Maker, which was being screened at the event, focuses predominantly on white men, and I knew both of the keynote speakers were men. Recognizing diversity in the maker movement is an issue we’ve spoken about previously on MakerBridge. I came away from the event feeling reassured, however. In fact, the We Make Health Fest seemed more diverse to me in terms of attendees, speakers, and exhibitors than many maker faires I’ve been to. I was also pleased to see projects all along the technological complexity spectrum. It’s important to understand that making moves beyond just circuits and 3D printing, and I felt the We Make Health Fest did a good job recognizing that idea. 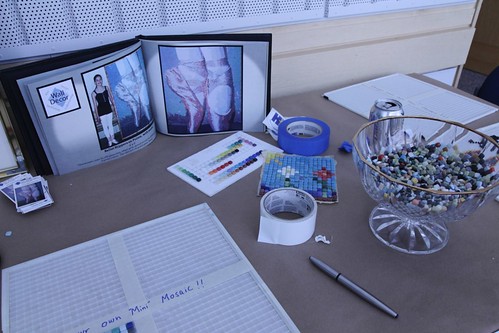 Be sure to check out our Flickr album and the Make Health Fest Flickr group for more photos of the event! Did you attend? What was your favorite part? Tweet at us or let us know in the comments!